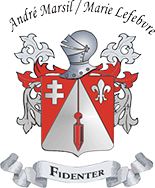 The members’ annual general assembly takes place within the 90 days following the deadline of the annual financial exercise. The Board of Directors decides on the date, time and place of the assembly. A written notice of meeting is sent to all members at least ten (10) days before the meeting; the general assembly can decide on another mode of communication for the notice.

The Board of Directors or ten (10) official members can, according to the needs, call a special general assembly at the place, date and time they choose. The Secretary is in charge of calling this assembly; giving at least a ten (10) days notice to the members. The Board of Directors acts through resolution while the ten (10) members’ group needs to produce a written request, signed by the said ten (10) members or more. The notice of meeting has to include the objective(s) of the assembly.

The general assembly is composed of all members present and voting, following a call duly made and verified at the assembly’s opening.

3.4.1 Only the official members have the right to vote. Proxy vote is not permitted. Vote is done through a show of hands. However, if a present member requests it, the vote can be secret.

3.4.2 Unless otherwise indicated in the by-laws, any decision approved by a simple majority of the members present shall be declared valid.

3.5 AGENDA OF THE ANNUAL GENERAL ASSEMBLY

The agenda of the annual general assembly has to contain the following:
a) Acceptation of the minutes of the last general assembly.
b) Summary of the past year’s activities.
c) Draft of the activities programming for the year to come.
d) Adoption of financial statements.
e) Elections to the Board of Directors.

THE MEMBERS - THE BOARD OF DIRECTORS